Moving one day, one minute, one step at a time.

Filed under: Uncategorized — chippinaway @ 1:42 am

So, wow.  I really have about 3 blogs to write but I’m gonna pile ’em all up in this one.  Remember that last “I miss them” post?  How I said I wanted more kids?  Well, literally, about 15 minutes after I posted that, I got a call.  Here’s how it happened:

After posting my blog, I texted our agency and asked them to put us back on the emergency placement list.  We weren’t on it because we were waiting to hear about some other kiddos.  So, they said sure.  5 minutes later they called.  They told me about 3 girl.  3!?  oh my.  I listened as they explained told me their story, how they wanted a family that would be willing to take all of them, how they wanted a family who would adopt all of them if it came to that, and how one of them was 6.  Six?  How in the world can I be the mom of a kindergartner?  Did I mention that Jeff was in Cleveland about to fly home?  Also, we had to decide within an hour.  And Jeff was boarding his flight in 15 minutes.  I called him.  I was shaking, my heart was pounding, and I was praying “please let him say yes!”  If it’s one thing I’ve learned in our short marriage it’s that we need to agree on major decisions.  And this is more than major.  So, he said “let me walk and pray and I’ll call you back.”  That’s when I began to pray hard.  I asked God to please let me be ok if he said no.  To ease my heart and to trust Him that if these are our girls, He’d prepare the way and work on Jeff’s heart just like mine.  He called back and said, “I wanna say yes.”  And just like that we became the parents of 3 princesses.

The girls are 6, 22 months, and 5 months.  The girls are as beautiful as you can possibly imagine.  I seriously wish I could post a picture of them.  They are also so much different than boys!!!  I mean, seriously.  Our house turned from the land cars, trucks, and footballs, to the house of pink, barbies, dress-up, and Dora.  All in about a day.  Whoa.  God. Is. Good.

They came on Monday night and it has been going really well.  In fact, way better than we anticipated.  Of course, that’s minus the fact that I had to take the baby to the ER on night #1 (she’s fine).  The oldest is adjusting pretty well.  She is very chatty about EVERYTHING including her history which is hard to listen to but so great that she’s comfortable sharing.  She LOVES music and she will make up songs on the spot.  Umm…perfect for me, the music therapist!   The middle one is doing well, she’s totally a toddler and wants her way all day, is full of little girl drama and hates going to sleep.  The baby is tiny.  She was a preemie and currently only weighs 10 pounds at 5 months.  She is getting better every day and learning to eat more and more.  She was full of smiles and laughs today which totally melted my heart.

Kindergarten is nuts.  They have homework everyday.  Didn’t Kindergarten used to be a half day?  Also, there is some teasing going on at school which really  makes my blood boil.  Wednesday was my first official “I’m going to Sonic and wallowing in fried cheese” day due to the teasing, screaming baby, crazy toddler, and first visit with bio mom.  I have a feeling I’ll have a few of those.  Also, I think it’s just weird to have a kindergartner.  When did I get old enough for that?

This is going to be hard.  Much harder I think than the boys.  Mostly because these girls have been through more, we have the older one, and there are 3!  But, we are doing great so far and appreciate all your prayers and support.  I hope you get to mee them soon!

Today I miss my boys.  It’s been a month since they left and I feel like it’s been so much longer.  I miss waking up to their chatter.  I miss having someone to talk to all day.  Even if it is talking about colors, shapes, poop, and uh ohs.  I miss being a mommy.

The thing is, I still feel like a mom.  I just feel like a mom without kids.  It’s so weird.  We’ve had a couple opportunities come up where it seemed like we would get some more kids and those just fell through.  I’m so disappointed.  I want some sweet faces to fill that room upstairs.  I want to hear little voices again, and I want to be a part of God’s fight for the fatherless.  And I hate waiting.

Remember when this all started and I was all complainy (yes I just made up a word) about waiting?  Well, now it feels different.  I’ve had a taste of what this is and I just can’t wait to do it again.  Even though this has been really hard, I would do it and will do it all over again.  Because God told us to.  And because it’s what I was made to do.  The Lord has shown up over and over in this journey, and I know He will show up again.

Today I miss the boys.  And today I trust the Lord.

On our last full day in Colorado, we drove to Rocky Mountain National Park.  I’m pretty sure I’ve never been somewhere so beautiful.  When we got there, we were greeted bya group of Elk!  Check these guys out! 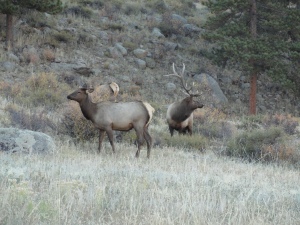 We hiked a couple of trails, a little over 5 miles.  Now, that doesn’t sound so hard, but holy cow.  The thin air from being so high up, plus the uphill climbs meant we were pooped!  After getting back to the car, we decided to drive a scenic road that goes up and around the mountain.  The views were spectaculiar.  I didn’t even mind the car sickness that all those windy rodes caused!

Here are some pictures from that last full day on vacation.  The trip was just what we needed to relax and regroup. 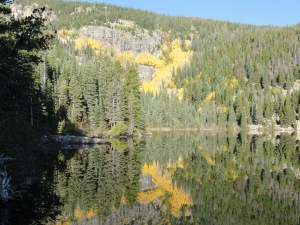 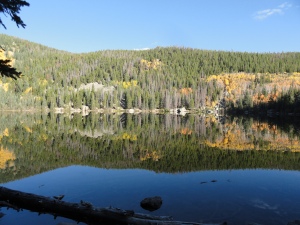 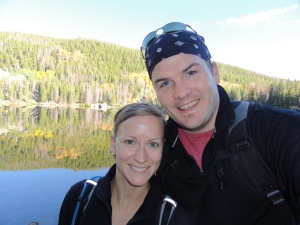 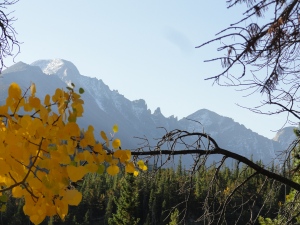 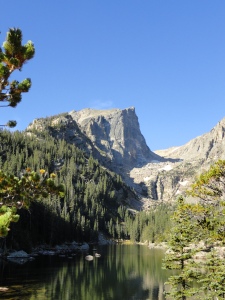 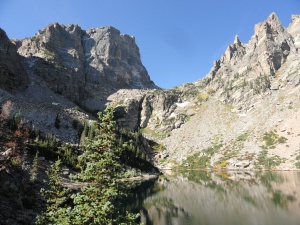 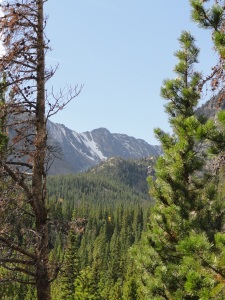 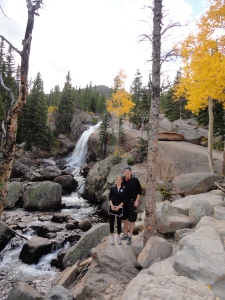 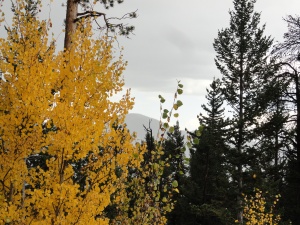 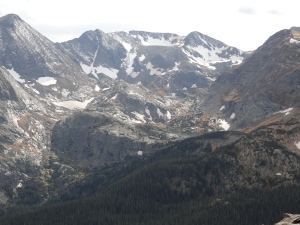 The second full day of our trip was quite the adventure.  We got this brilliant idea to rent bicycles and ride around all the beautiful parks in Denver.  I seriously can’t remember the last time I rode a bike.  Turns out, I should have practiced before trying to bike with the bazillions of people on the trails.  I was terrified.  Like, to the point of tears.  I’m such a weenie.  But I just couldn’t get control enough to have fun, so we scratched that idea and decided to go hiking at a place called Red Rocks.  We drove out there and guess what.  It was closed!  So, we drove until we found somewhere to hike.  Turns out, the day was not a bust after all.  We ended up at a place called Falcon Pointe (I think).  It was beautiful!  Check it out! 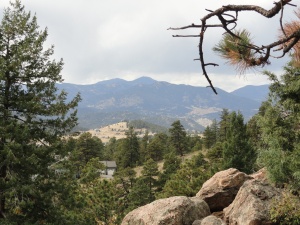 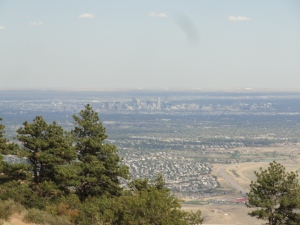 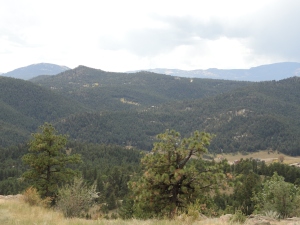 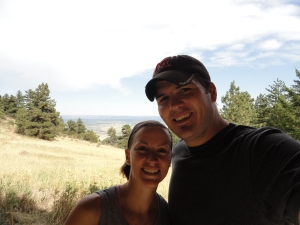 When we got back in town, we went out and got a nice dinner.  It was a wonderful day! 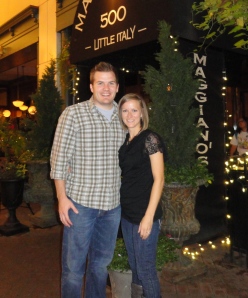 Well, in case you didn’t already know, I have the best husband ever. He surprised me with a long weekend trip to Denver, Colorado! We decided we needed to take a trip to reconnect, relax, and regroup after the boys left. I knew we were going somewhere…but Denver was a big surprise. Yay!

So, we arrived on a Friday night, so day 1 officially began on Saturday. Saturday we went to the zoo! Denver has a really neat zoo so we decided to go first thing in the morning. Here are some pictures: 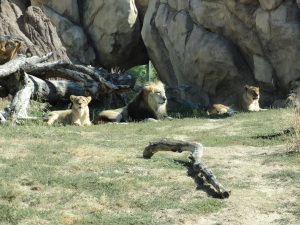 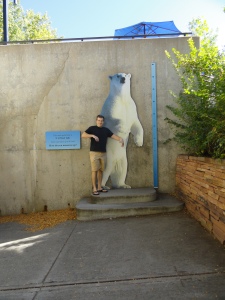 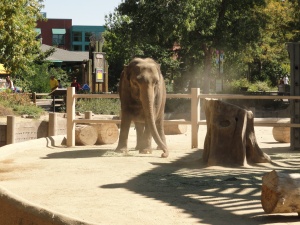 After we went to the zoo, we headed to a famous candy factory called Hammond’s.  This place was seriously amazing.  They hand-make all of their candy using the same equipment they’ve had since the early 1900s.  We got to watch them pulling and twisting candy canes.  They even hand-wrap them and package them.  Everything is by hand.  So neat!  We enjoyed our time there, can you tell? 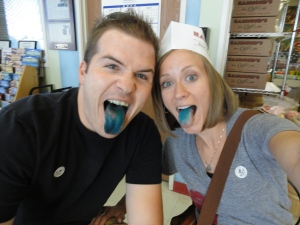